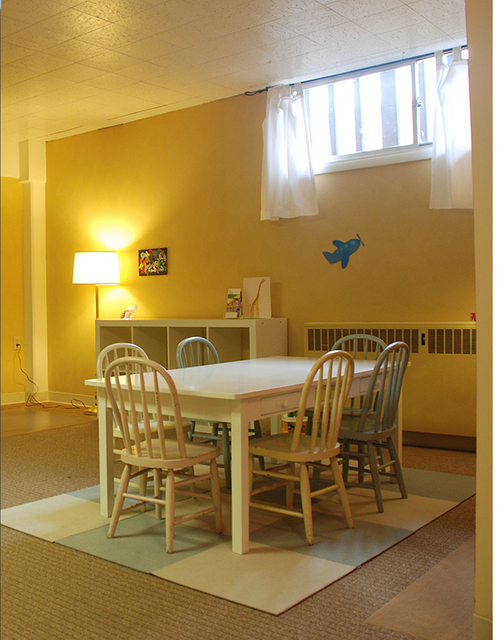 "My husband and I are thankful to have Luisa as our 3 year old son's first teacher.  She is a perfect blend of strictness and kindness.  Luisa welcomed our son to her class with open arms that let him know from the start that MIS AMIGOS would be a safe and caring environment where he would learn, laugh, grow and flourish." - Jennifer Occhipinti, parent

Mis Amigos is a privatized Spanish learning circle where children are able to learn a new language through singing, social interaction, visual art, and a hands-on, play-and-learn environment - all taught by a native speaker.

SEND A MESSAGE TO LUISA

Luisa was born in the northern part of Perú, in Piura.

Completing her studies in Graphic Design, she taught at a private institution where she implemented new courses for the institution.

Luisa's teaching experience led her to teach Spanish in private institutions in Washington, including the Children's Museum of Tacoma.

Luisa Vásquez was born in the northern part of Perú, South America, but was raised in the country's capital of Lima.  It was shortly after finishing high school that she began her studies in Graphic Design where her passion for art and teaching were instigated.

She worked at a private institution for over four (4) years as an art teacher, from beginning levels of kindergarten through advanced courses in high school.  Her training as a teacher, along with various courses, workshops, and seminars, led her to implement new courses that would later be offered in that institution.

Upon her arrival to the United States, she continued her studies in English and teaching practices through prviate Spanish tutoring.  She has also taught in several private institutions (primarily in Tacoma) and after-school programs throughout Washington State.  Luisa has also led and taught Spanish classes at the Children's Museum of Tacoma as well as coordinating their Spanish Summer Camps for children ages 4 - 8 years old.

Currently, Luisa is the owner and instructor for Mis Amigos.  This is where she has been able to combine her passion for teaching, working with children, art, and especially teaching her native tongue: Spanish.

growing through art and language.

An art and language learning circle for children ages 12 months up to 6 years old.

Our fall program is scheduled to begin in September 2020.